"For the second year running I've had the pleasure of being asked to join the panel of judges for the Banking Technology Awards. This year there were over 300 entries across 20 categories and once again some very interesting projects and innovations were nominated. I can't review them all, but I thought there were a few worth highlighting because of their topical nature...

Sonect is a peer-to-peer ATM app "we connect people who possess cash with people who need cash", allowing consumers to withdraw cash at shops, pubs and any other business that holds cash that would otherwise need to be paid into their own bank's branch (if they can find one!). It addresses many issues that consumers and businesses encounter in the UK and other countries where physical bank branches are being closed, and their ATMs are disappearing with them, making it harder for local businesses to deposit cash and consumers to withdraw cash.

Other solutions around increasing accessibility of banking services included Piraeus Bank, with its remote cashier concept which allows a customer to be served by a remote cashier using video conferencing technology and an automated till, as well as the video teller assistance at DBS Bank in Singapore which includes instant card and internet banking token issuance.

The usage of biometrics is spreading with interesting innovations from Gesa Credit Union and their palm authentication, thereby speeding up the identification process at branches, and at CTBC Bank in Hong Kong with their use of finger-vein technology to replace the use of plastic cards to operate ATM machines.

It was also interesting to see that some banks were pushing ahead with open banking initiatives despite the lack of agreed standards; notably Hellenic Bank in Cyprus and Nordea in the Nordics. It will be interesting to see whether they reap the rewards by being innovators in this area. Both banks reported a huge amount of external interest with over 300 Third Party Providers (TPPs) signing up with Hellenic Bank in 72 hours, and over 700 TPPs within a matter of weeks with Nordea."

To find out more about the Awards, the entries and winners visit https://awards.bankingtech.com

Despite the fact that much importance is made of completing due diligence on customers during the onboarding process, it is often difficult to maintain the data to a satisfactory standard afterwards. Our experience has shown that company and LLP data can quickly become out of date, because businesses are reliant on their customers to provide updates or they face the daunting prospect of periodically checking data themselves.

The Companies House API allows for the retrieval of data concerning limited companies that is held within the official company register. The WILF Companies House checker uses this API to return real-time data, which is then automatically compared against customer data in WILF that has come directly from the underlying source systems. Exceptions are reported and can be dealt with appropriately by back-office teams, whether this is persons with significant control changes, newly added directors, monitoring director departures from existing borrowers, or checking whether companies still meet the FSCS criteria

In 2018, we are planning to extend the WILF capabilities to additionally include Charities Commission checks.

If you are interested to learn more about how WILF's Companies House checker can be of value to your business, please contact Clive Bowles

In January we will be hosting the WILFr User Group Forum. A buffet lunch and refreshments will be provided followed by a presentation and demonstration of the latest enhancements in WILFr, including the GDPR module, interest rate gap analysis, front end improvements and component review, followed by a round-table discussion on future plans and topical issues affecting your business.

If you would like to join us, please let us know as soon as possible as spaces are limited and allocated on a first come first serve basis. 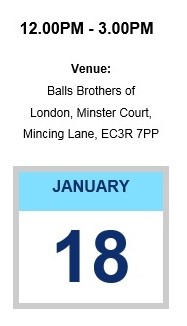 To ensure our software is compliant with the latest regulations we proactively research regulatory changes monthly. These changes may have an impact on our clients' businesses. This issue sees updates to the Common Reporting Framework (COREP) - FSA083, FSA076 and FSA077 and an announcement about significant changes to the Bank, Building Society Interest (BBSI).

COREP FSA083
On 3rd October the Prudential Regulation Authority (PRA) published an updated FSA083 template and instructions alongside publication of PS21/17 'UK leverage ratio: treatment of claims on central banks'. These reporting changes come into effect immediately, so will apply to firms reporting any disclosure requirements for the end of December 2017 onwards. For full information, see the Bank of England paper

COREP FSA076 and FSA077
Also on 3rd October, the PRA published PS22/17 'Refinements to the PRA's Pillar 2A capital approach', which includes updated instructions for FSA076, FSA077, and an updated regulatory reporting schedule. For full information, see the Bank of England paper

BBSI
A draft paper has been published announcing a proposal to change the frequency of the BBSI submission from yearly to monthly. The paper additionally proposes major changes to the data fields and formats. We will be monitoring announcements about these proposals closely over the coming months.

The new version of WILFr will contain changes to the way reporting is configured to make it easier for users to create new reports and to utilise new out of the box reporting. We are launching our 'logical objects' functionality, which introduces the concept of creating modular and scalable data components that can be inserted into complex report templates.

The advantage of this approach is if the database schema changes, for example after a system migration, then the logical objects are redefined against the new schema, leaving the reports to continue functioning with minimal reconfiguration.

Additionally, the logical objects are reusable across reports, yielding efficiencies to report writing and maintenance.

Over the coming months we shall be releasing our new reports portfolio, which utilises the new logical objects functionality. The first will be Interest Rate Risk in the Banking Book reporting (IRRBB), which provides a suite of reports that provide businesses with the ability to monitor their interest rate risk and exposure at both a summary and detailed level, across currencies. Configuration will enable projections, time buckets, basis point sensitivity, currencies and categories to be defined, thereby providing reports that cover a variety of scenarios.

The WILF T24 interface has been updated to support the full breadth of formats, including TAFJ, TAFC, SQL Direct and JBase Direct. A new TAFJ service has been developed to exploit the rich functionality of the JBase_Agent. All Interfaces to T24 support the full spread of import rule types.

WILFr v2.0 is now in the final stages of testing - we hope to be able to demo the new version in our user group forum in January.